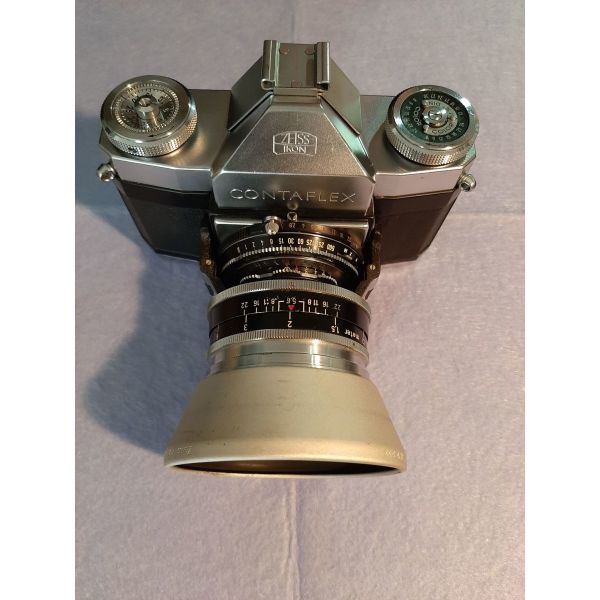 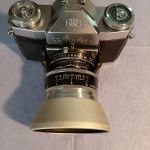 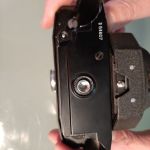 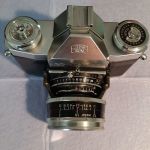 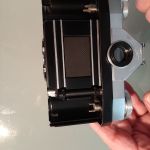 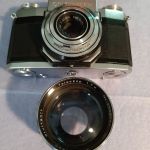 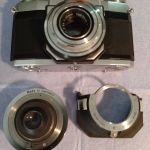 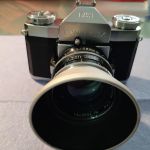 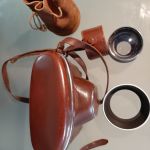 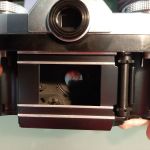 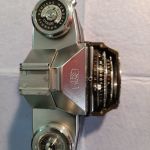 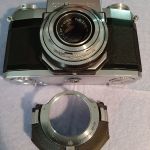 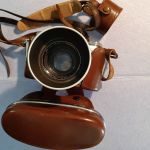 The Contaflex series is a family of 35mm leaf-shuttered SLR cameras, produced by Zeiss Ikon in the 1950s and 1960s. The name was first used in 1935 on a 35mm Twin-lens reflex camera, the Contaflex TLR also by Zeiss Ikon, the -flex part in the name referring to integral mirror for the viewfinder. The first models, the Contaflex I and II have fixed lenses, while the later models have interchangeable lenses, and eventually the Contaflexes became a camera system with a wide variety of accessories.

The Contaflex II, introduced the following year, was the same camera with an uncoupled selenium meter added to one side of the front plate.

Both had a fixed lens but to the front of which could be attached a supplementary lens, called the Teleskop 1.7x.