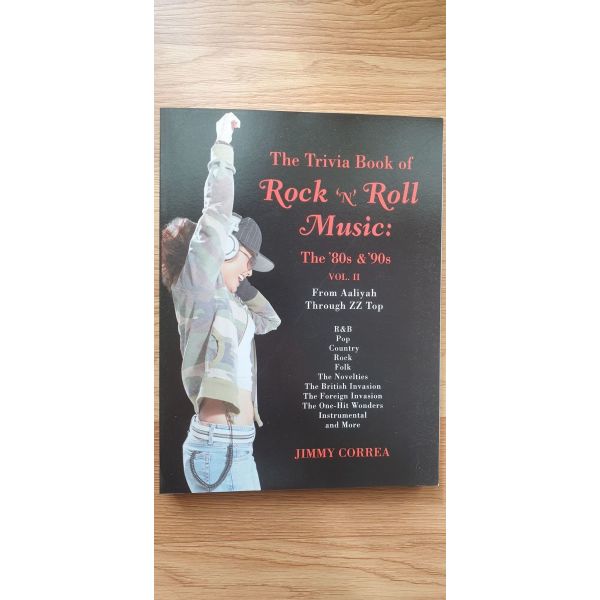 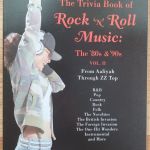 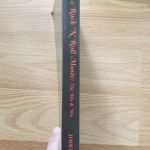 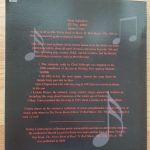 From Aaliyah to ZZ Top, author Jimmy Correa covers it all in The Trivia Book of Rock "N" Roll Music: The 80s and 90s-an essential guide to musical factoids.

The easy-to-read multiple choice format makes trivia fun while you learn interesting tidbits about all types of music and artists from the 80s and 90s, including pop, country, R & B, one-hit wonders, and the British and foreign invasions. Enjoy questions such as the following:

This romantic song by Chris DeBurgh was featured in the 1988 soundtrack of the movie Working Girl, starring Melanie Griffith
Sir Mix-A-Lot, the male rapper, charted this song about the female body part that he likes the most
Eric Clapton had a hit with this song in 1992 that was written in tribute to his son
LeAnn Rimes, the talented, young country singer, gained her stardom by recording this song about loneliness at the tender age of fourteen
Marc Cohn recorded this hit song in 1991 about a journey in the Delta Blues
Correa draws on his extensive collection of music paraphernalia to share his love of music with others in The Trivia Book of Rock "N" Roll Music: The 80s and 90s. Long live rock "n" roll!