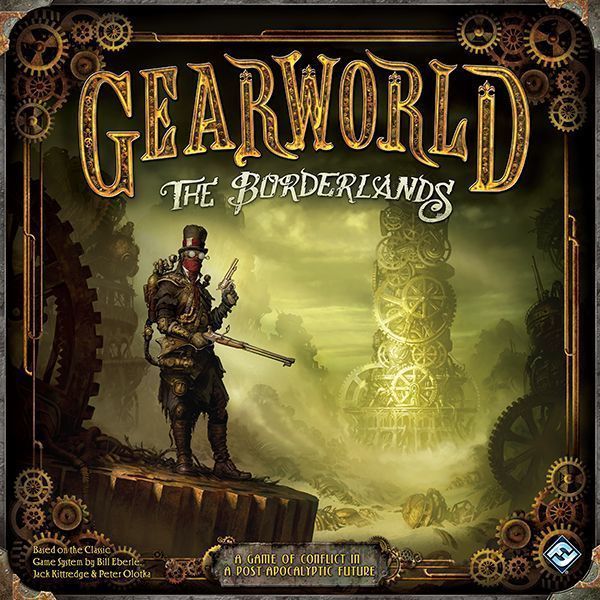 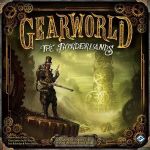 Gearworld: The Borderlands is a game of conquest and survival in a post-apocalyptic world for 2-4 players who must gather resources and use them wisely. Players need those resources in order to strengthen their military might, to enhance their transport capabilities, and to reach the final goal of building the skyworks. Resources can be produced in areas with resource tokens, traded with other players, and taken by force. To build a development – e.g., weapons, transport vehicles or skyworks – all of the required resources have to be located in the same space on the map. This makes effective transport an important issue in the game. At the same time players must be strong enough to protect their resources from the other players while investing resources in their skyworks in order to win the game.

Seize territory, marshal resources and defend yourself from your rivals. Reclaim the machines of old to build powerful weapons and enormous skyworks. Can you forge a new future from the rusted remnants of the past?