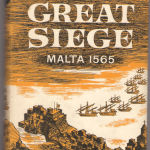 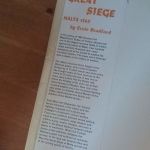 In 1565 the Ottoman Empire was at its peak. Under their sultan, Solyman the Magnificent, the Turks had conquered most of Eastern Europe. The rulers of Christian Europe were at their wits' end to stem the tide of disaster. The Knights of St John, the fighting religious order drawn from most of the nations of Christendom had been driven from their island fortress of Rhodes 40 years earlier. From their new base of Malta their galleys had been so successful in their raids on Turkish shipping that the Sultan realised that only they stood between him and total mastery of the Mediterranean. He determined to obliterartethe Knights of Malta.