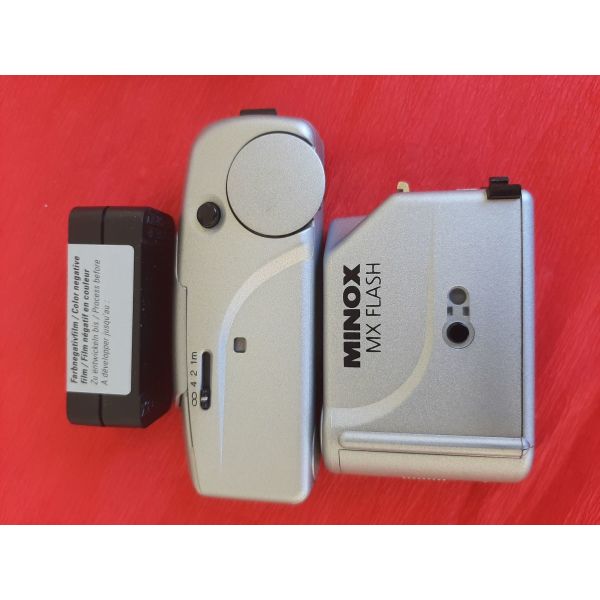 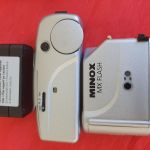 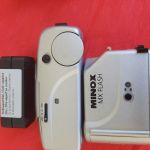 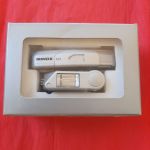 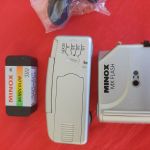 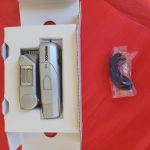 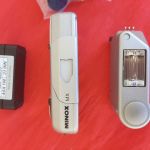 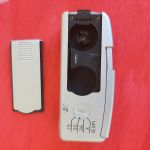 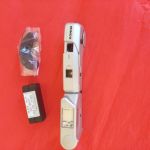 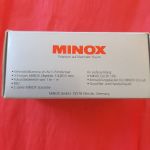 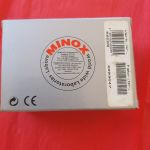 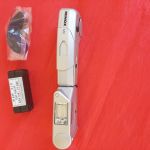 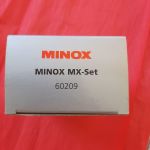 The first product to carry the Minox name was a subminiature camera, conceived in 1922, and finally invented and produced in 1936, by Baltic German Walter Zapp.[1] The Latvian factory VEF (Valsts elektrotehniskā fabrika) manufactured the camera from 1937 to 1943.[2] After World War II, the camera was redesigned and production resumed in Germany in 1948.[2] Walter Zapp originally envisioned the Minox to be a camera for everyone requiring only little photographic knowledge. Yet in part due to its high manufacturing costs the Minox became more well known as a must-have luxury item.[citation needed] From the start the Minox also gained wide notoriety as a spy camera.

The Minox subminiature camera attracted the attention of intelligence agencies in America, Britain and Germany, and most of the Eastern Bloc (East Germany, Romania) due to its small size and macro focusing ability. There is at least one document in the public record of 25 Minox cameras purchased by the US Office of Strategic Services intelligence organisation in 1942.[5]

The close-focusing lens and small size of the camera made it perfect for covert uses such as surveillance or document copying. The Minox was used by both Axis and Allied intelligence agents during World War II. Later versions were used well into the 1980s. The Soviet spy John A. Walker Jr., whose actions against the US Navy cryptography programs represent some of the most compromising intelligence actions against the United States during the Cold War era, used a Minox C to photograph documents and ciphers.

An 18-inch (460 mm) measuring chain was provided with most Minox subminiature cameras, which enabled easy copying of letter-sized documents. The espionage use of the Minox has been portrayed in Hollywood movies and TV shows, and some 1980s Minox advertising has played up the "spy camera" story.